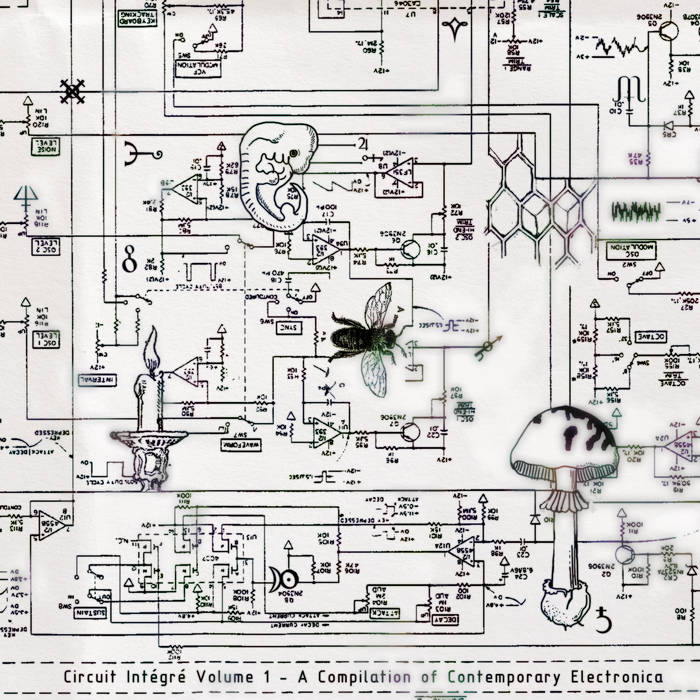 Circuit Intégré" is a new Zoharum SERIES, modeled after Philips' 'Prospective 21e Siècle. released at the turn of the 1960s and 1970s. Our NEW SERIES presents the most interesting young projects working in the the field of broadly-defined electronic music. Each part will contain recordings of three different projects. In the first part the following participated: Dat Rayon, NZLD.pl and Gaap Kvlt.

Dat Rayon is a Gdańsk-based project inspired by the automotive industry, in particular the fall of the industrial city of Detroit. In their music they penetrate the periphery of the post-club electronica mixing ambient, dub and minimal techno. Dat Rayon has developed its own sound code that can be heard on "Station Wagon" (Seed Records, 2012) and "Motor City" (Zoharum, 2014) and the web release "Junkyard" (Dat Rayon / Zoharum, 2013).

FOQL and RNA2 are part of the NZLD.pl (formerly under the names Kolektyw Ebola and Marburg). They have released numerous smaller formats (cassettes, EPs, and tracks on compilations). Their music is fully analogue drawing from elements of electro, techno, drone and ambient music. Their music cannot be pigeonholed, so with every listen one can find new elements in it.

The last of the artists presented on the first part of the "Circuit Intégré" series is Gaap Kvlt. The project has already gained considerable audience thanks to their debut album "Void" (Monotype Records, 2014) and numerous EPs. The mysterious project mixes ambient and drone with hints of orientalism forming a sonic dome.